There's no denying that autumn is well set in here. I was hoping for a last dalliance with summer, but I think that all chances of that are gone. I always get very sad at this time of year in anticipation of losing the long summer evenings, but today the gently crisp September evening reminded me of all the things I like about autumn. In fact autumn is probably my favourite season once I get over summer's passing, and most of the benefits relate to food (English apples and squashes) and clothing (thick tights, boots and skirts). I am already planning what to wear to work once teaching starts again next week, and I've been joyfully buying up supplies of Discovery apples wherever I go. 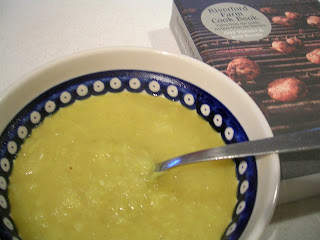 Usually I just eat my apples as a mid-morning snack, or occasionally put them in a crumble or pie. This soup was inspired by our new Riverford Farm cookbook, purchased after our glorious lunch there last week. It's designed to accompany the veg boxes, and so is organised alphabetically by vegetable (and I've just noticed that it's half price on amazon :) ). Each section is prefaced by a little discussion of how they grow the veg, its problems and talents (problems include badgers getting into the pumpkin patch and rolling them around like balls), and ideas on how to cook them. There are then several good-sounding recipes, and a list of easy ideas. There are also periodic thoughtful reflections on matters like 'dirt', organic farming, food miles and farming. I'm really looking forward to using it for ideas for those tricky vegetables like kale which hang around in large quantities in the fridge and make you sick to death of stir fries. The idea for the apple soup came from one of the 'easy ideas' in the apple section. I wanted something a bit heartier so I did a version where apples (bought from the Riverford shop) were partnered by leeks - another of my favourite veggies. I kept in the originally combination of spices although I was a little unsure as to how they would pair with the leeks, but in fact the resulting soup was very flavoursome. The apples gave it a much lighter taste than the more traditional leek and potato, and the soup had a pleasingly light green hue - think fairy green rather than hearty autumn green. We were both very pleased with the result, and it's been added to our list of standby soups. We ate it with French bread for a simple supper after our long road trip back from Devon. My write-up of the spice quantities is a bit rough as I just shook some from the container into the pot, but it's one that can adapt easily to tastes anyway.

This fairy-green English soup is my contribution to this month's No Croutons Required, which had fruit as its theme this month.

Fry onions gently in a little oil or butter until soft. Add sliced leeks and continue to cook gently for a few more minutes. Leeks take on a very nice taste when cooked in butter so that might be a good reason to use that instead of oil. Add chopped apple, all the spices and the stock to cover. Simmer for about 20 mins, then liquidize, season and add a shake of lemon juice.
Posted by Lysy at 20:08

badgers in the pumpkin patch brings to mind delightful wind in the willow style visions - probably enjoyed less by farmers!

soup sounds lovely - I am not familiar with discovery apples but I always look forward to the wonderful apples that autumn brings - just had one with a rotten core and felt sad our apple season is really near the end!

I liked the image of the badgers too! I sympathise with the end of your apple season (though am secretly jealous that you're going in to spring!) 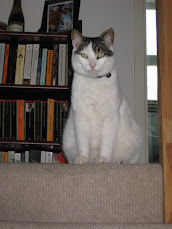 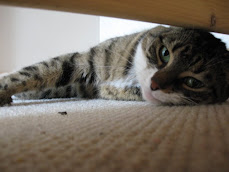